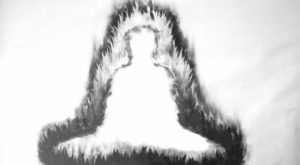 After his enlightenment, Shakyamuni Buddha taught the Four Noble Truths:

• The Truth of Suffering. Existence is suffering.

• The Truth of the Cause of Suffering. The desire, attachment and ignorance are the causes of suffering.

• The Truth of the Cessation of Suffering. Humans can experience a state of consciousness devoid of suffering.

• The Truth of the Path to the Cessation of Suffering. This road is called the Noble Eightfold Path because it is composed of eight elements:

All forms of Buddhism have their original source in this first teaching given by Shakyamuni Buddha in the Park of Gazelles in Benares, shortly after his enlightenment.

The teaching of  Buddha has appeared in this world to reveal to  humans the way that leads from suffering to freedom from suffering.

During the centuries that followed the disappearance of Shakyiamuni, Buddhism spread throughout India and Southeast Asia. Soon there were disagreement between different ways of interpreting the original teachings of the Master.

Various schools were created and developed an elaborate exegesis on the real meaning of what was taught by the Buddha. This caused some confusion between the early Buddhist comunity.

Given this confusion, increasingly numerous groups of teachers and Buddhist monks decided to retreat to the mountains and forests to devote himself exclusively to the practice of meditation taught by the Buddha.

Thus, in a loosely organized way, was born the so-called Dhyana School

Dhyana is a Sanskrit term meaning «absorption of the mind» and designates the state of consciousness characteristic of Buddhist meditation. Dhyana  became Ch’an na in Chinese. Later the term would be shortened in Ch’an. Zen is the Japanese phonetic for the Chinese word Ch’an.

The teaching of Zen Buddhism is not based on scripture, rather is transmitted from heart to heart, from teacher to student through the completion of the original nature that takes place through the practice of Zen meditation.